“Hamilton,” the hip-hop musical written, scored, and starred in by Lin-Manuel Miranda, has become one of the major American cultural events of the past five years. Because of the spread of COVID-19, stage productions in New York, Chicago, Los Angeles, and elsewhere closed. But the Walt Disney Company paid $75 million for a film of a live presentation in 2016 and is streaming it on one of its channels. If you watch, you can hear the audience laugh and applaud in the background. 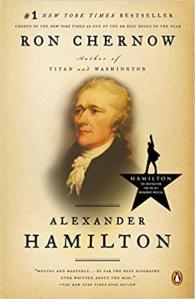 Miranda based the musical on a biography of Alexander Hamilton by the historian Ron Chernow, who accurately portrayed the founding father “on the ten-dollar bill” as an orphan and immigrant, George Washington’s “right-hand man,” and then, to his rapped delight, “chosen for the Constitutional Convention.” However, to reduce the 830-page book to a two-hour drama, complete with singing and dancing, Miranda had to delete key aspects of Hamilton’s already-dramatic life. Some critics, for instance, have pointed out that he glossed over the issue of slavery. In addition, he left out entirely what Hamilton did at the convention.

On June 18, 1787, just three weeks after the Constitutional Convention officially opened and months before the delegates created the government we have, Hamilton gave a speech that went on for six hours. Understandably, Miranda could not include it in his play! What Hamilton said there, however, is important. Although he grew up in poverty, he did not believe that the common man had much common sense or could be relied on to make good decisions. He even later wrote that “Men are ambitious, vindictive, and rapacious.” So, instead of calling for a government in which ordinary people would have a role in governing themselves, he imagined a very different system from the one the founders agreed on less than three months later. 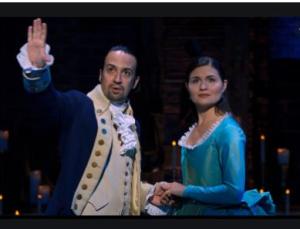 Here are some of the features of Hamilton’s vision of the ideal constitution, which Miranda called “a new form of government:”

Some of Hamilton’s fellow delegates labeled him a monarchist because he wanted a lifelong leader at the helm and practically no power held by the states.

If you’ve seen or heard the musical, you might be familiar with the refrain, “Why do you write like you’re running out of time?” This line refers to Hamilton’s writing fifty-nine essays that urged states to ratify the Constitution that came out of the Convention. They appeared in a collection of eighty-five essays that are now called The Federalist Papers. Given the massive differences between the constitution that Hamilton wanted and the one the founders agreed on, why did he make such a strong case for it?

Like the other delegates, Hamilton was aware that, if the thirteen states did not come together under a uniform government, they might divide up into two or three separate countries. These countries would inevitably go to war with each other, just as countries in Europe have done. As the character Hamilton sings in the play, “we studied and we fought and we killed for the notion of a nation we now get to build.” The real-life Hamilton was willing to sacrifice his desire for a monarchical sort of democracy in order to ensure the creation of one unified country.

The Federalist Papers were persuasive. The delegates to the state constitutional convention in New York supported the national Constitution by a vote of thirty to twenty-seven. If two of the men who voted in favor had switched their votes, the Constitution would have been rejected, and a United States might not have been formed. As Miranda did not say, the man could sure write.